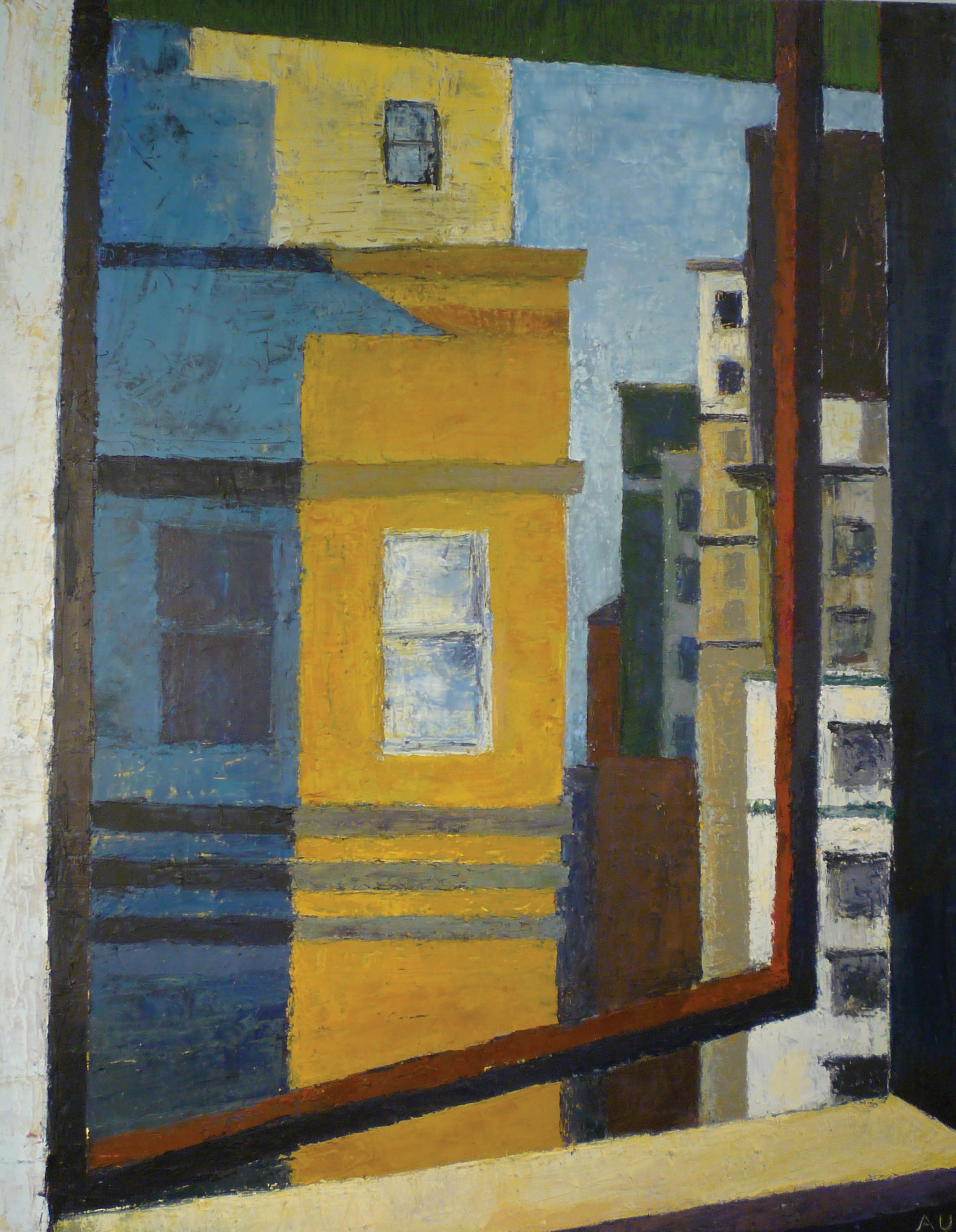 View from Window
By: Anthony Ulinski
Medium: Oil and wax on canvas

Anthony Ulinski was born in Indonesia and lived in Africa, Asia, Europe, and San Francisco before settling in Raleigh in 1976. He graduated from Beloit College in Wisconsin with a degree in mathematics and economics, but became a studio furniture maker soon after arriving in Raleigh. He is a self-taught woodworker and also a painter. He has studied with many artists, including sculptors Makiti Koto and Bob Trotman and painter Beverly McIver. Having traveled and lived all over the world as a child, Ulinksi has keen skills of observation which have fueled his creative life. Many of Ulinski’s paintings are inspired by Joseph Solman, a founder of The Ten, a 1930s group of New York Expressionist painters. Ulinski paints in thick impasto layers of cold wax applied with a palette knife. Notable exhibitions include The Places In Between, a traveling exhibition featuring paintings of Eastern North Carolina’s urban settings and pastoral fields.

Ulinski’s furniture and sculpture have also been exhibited at the Smithsonian Craft Fair, the Philadelphia Museum of Art Craft Fair, Funeria in San Francisco, and the John Elder Gallery in New York.

Ulinski has taught at art schools including Penland School of Crafts in North Carolina and Arrowmont School of Crafts in Tennessee. His awards include painting fellowships at the Virginia Center for Creative Arts and the Vermont Studio Center, and United Arts Council Regional Artist Project Grants in 1997 and 2000. In 2000 he was artist in residence at Artspace in Raleigh.