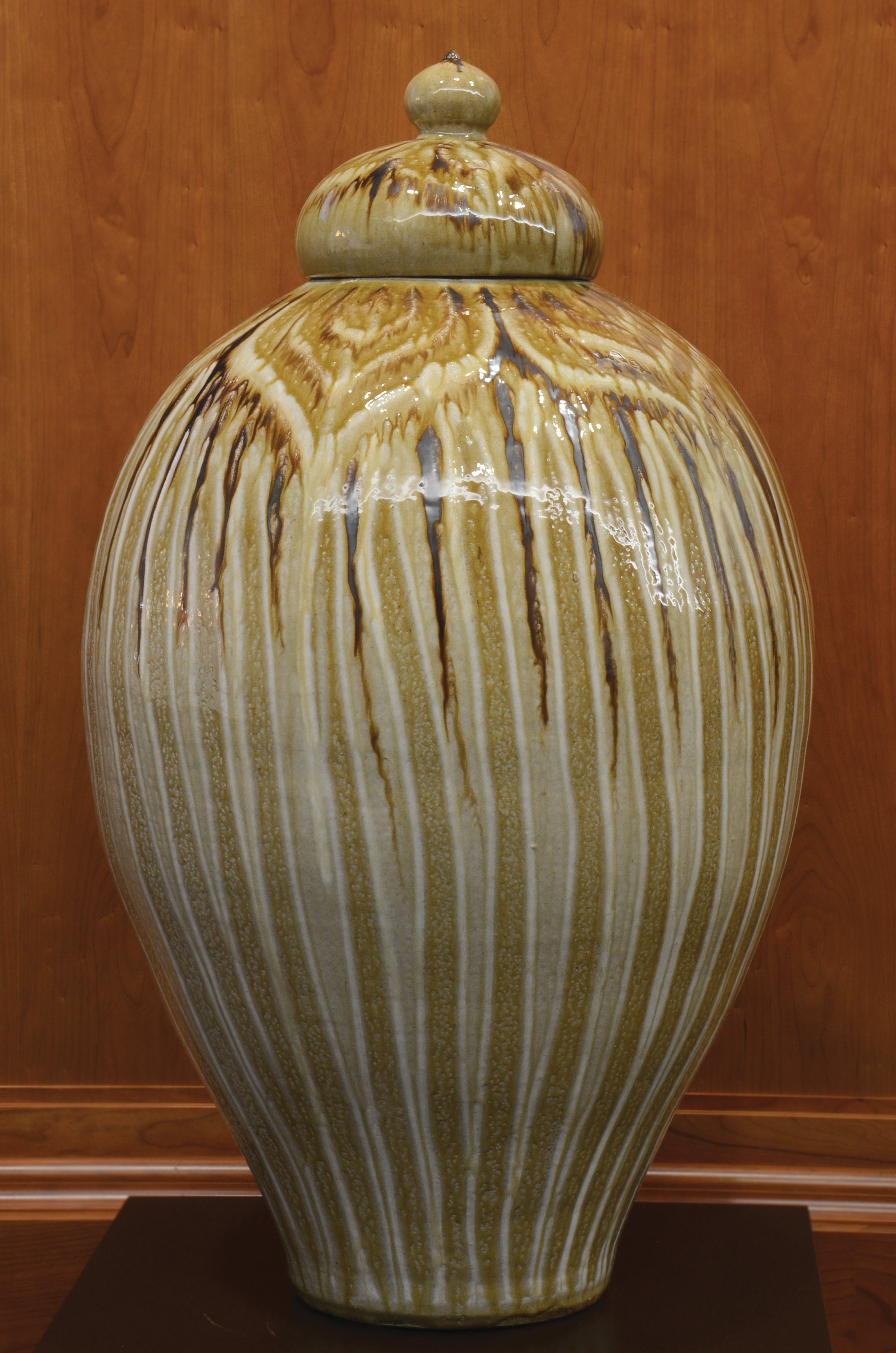 Daniel Johnston grew up in Seagrove, North Carolina, in a farming family where he was influenced by the local pottery community. Johnston has apprenticed in the Leach, Cardew, and Hewitt schools of potmaking. Bernard Leach is widely regarded as the father of studio pottery in the United States. Michael Cardew was Leach’s student, and Mark Hewitt was Cardew’s student. For nearly 15 years Johnston has devoted his time to understanding the many traditions of his craft. He states, “I do not try to control my materials, rather I try to understand them.”

Johnston has practiced utilizing local materials and firing large wood-burning kilns in locations such as England and Thailand. During the year he spent in Northeast Thailand in the village of Phon Bok, he worked with Thai potters, producing big utilitarian jars designed to introduce a Southeast Asian influence into traditional North Carolina pottery. In the ten years since his return from Thailand, Johnston has established his personal pottery studio and kiln in Seagrove, North Carolina, where he continues to reside.

Daniel Johnston is featured in North Carolina museum collections such as the Mint Museum of Art in Charlotte, the Gregg Museum of Art & Design in Raleigh, and the North Carolina Pottery Center in Seagrove. He has also lectured and taught several workshops across the southeast, including workshops at the Smithsonian’s Folk Life Festival in Washington, DC, Penland School of Crafts, and St. Ives Ceramics in St. Ives, Cornwall, England.