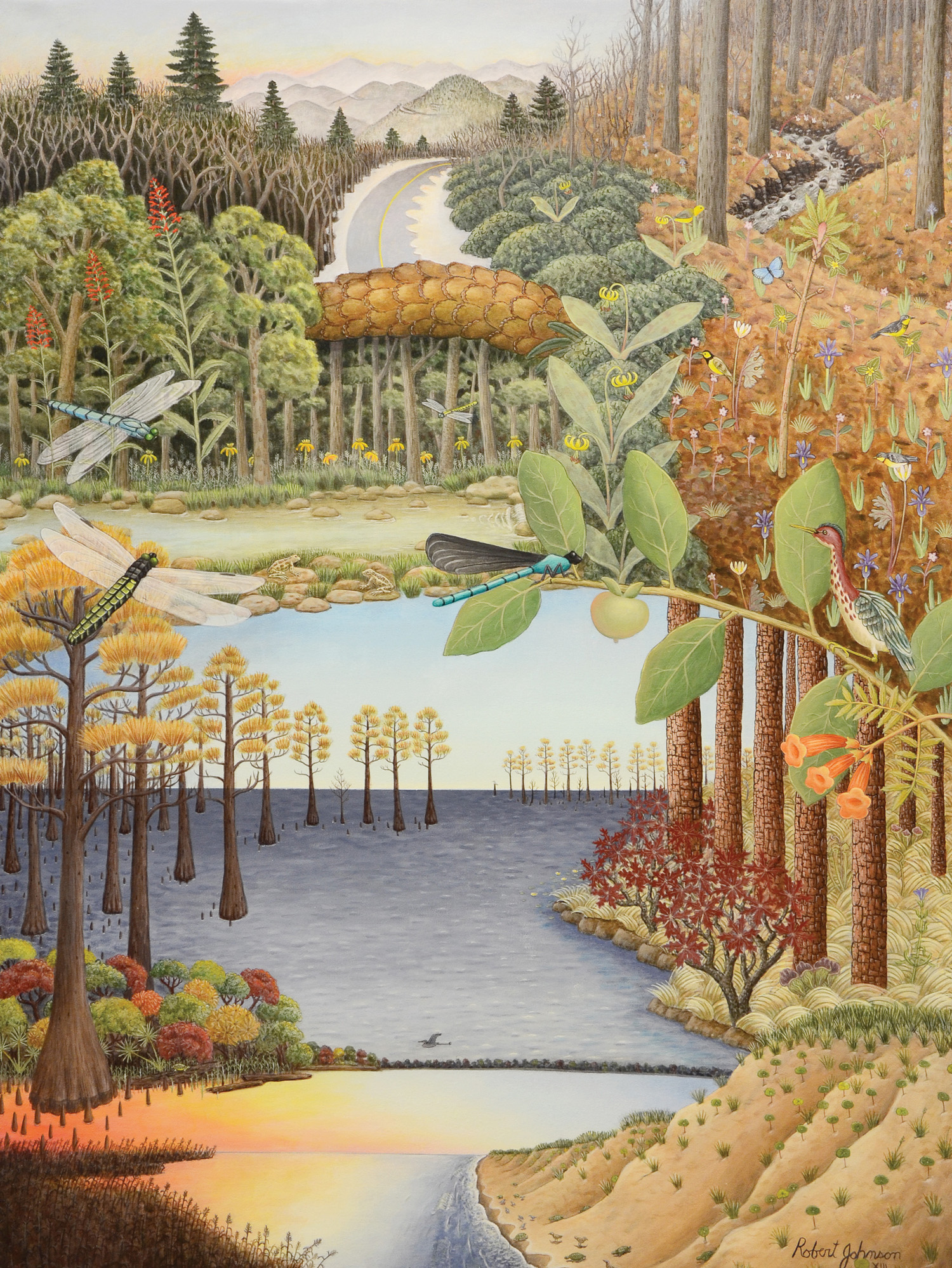 Robert Johnson spent much of his childhood in Venezuela, where his family moved shortly after his birth. From a young age he was fascinated and awed by the lushness and beauty of the country, and later it became a great source of inspiration for his paintings.

Johnson attended the University of Louisville and graduated with a bachelor of arts in painting. His studies took him to Provincetown, Massachusetts, where he apprenticed and developed relationships with prominent abstract expressionist artists. He later earned a master of fine arts from Mills College in Oakland, California. After returning to the East Coast, he was inspired by the Back to the Land Movement and reconnected with his love of nature. He moved to Celo, North Carolina, a Land Trust Community in the Blue Ridge Mountains, where he has spent the last 40 years. In recent years, traveling and exploring new and contrasting environments and documenting the flora and fauna of the places he visits have been his passion. Johnson records, through his sketches and paintings, the beauty of the land in its undisturbed state.