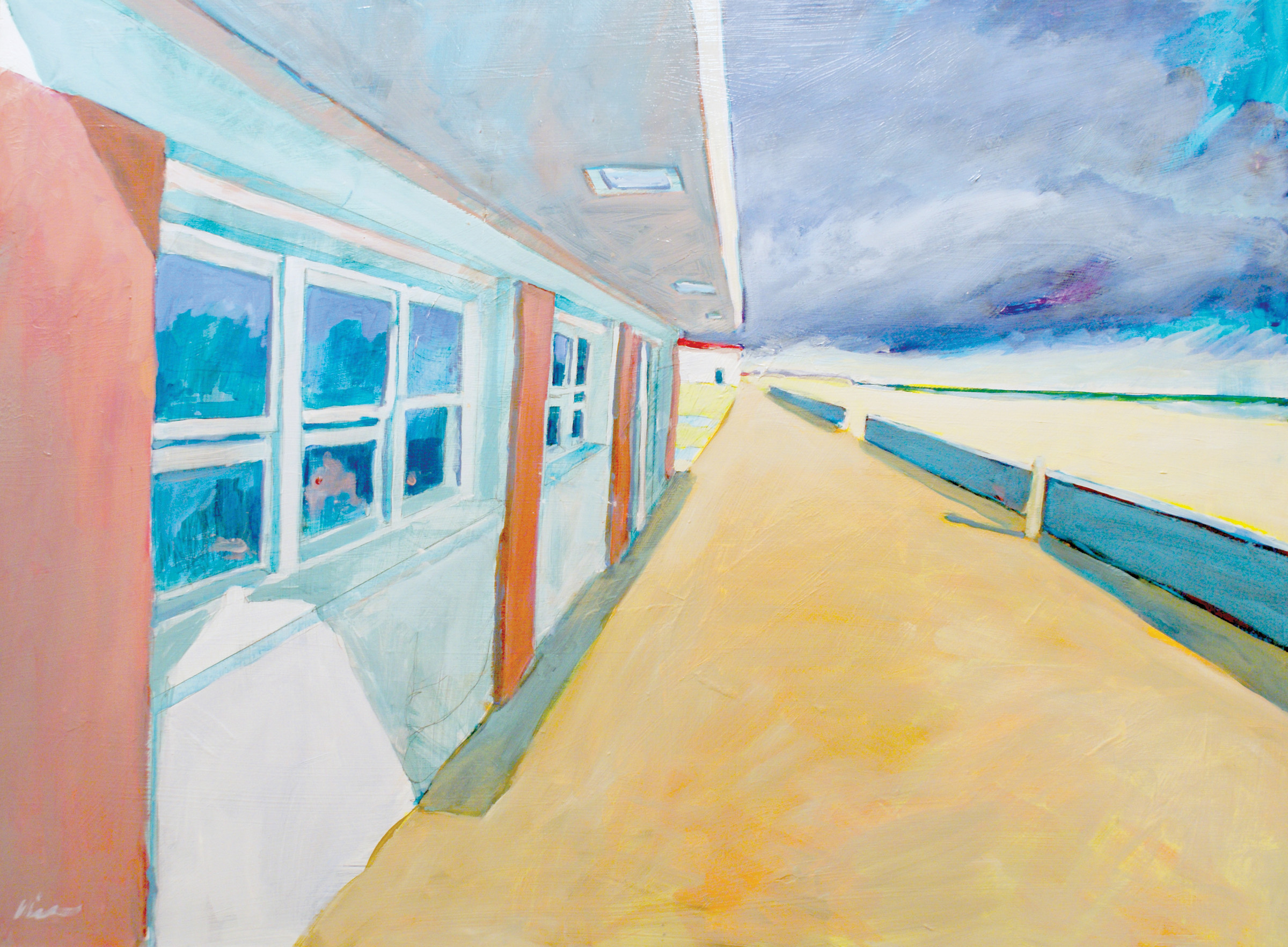 Robert Irwin is a native of Pennsylvania, but he spent most of his childhood in the South, where he attended the University of Georgia. Throughout the 1970s Irwin worked as a museum designer. In 1977 he earned his master of fine arts in product design from the North Carolina State University School of Design. Irwin says that NCSU Professors Joe Cox and George Bireline were his mentors and had a tremendous influence on his life and his craft.

In the 1980s Irwin founded Images, Inc., a design company that produced custom furniture and cabinetry. Ultimately painting became his driving ambition, and he sold his company and moved to Beaufort, North Carolina, so that he could simplify his life and dedicate himself to his artwork. Water appears in most of his paintings, drawing a link that is more than casual between Irwin and his environment.

An autobiography of Irwin’s life entitled 40 Years was published in 2004. In hopes of connecting with young artists, Irwin donated 400 copies of the book to North Carolina public high schools. In 2013 he had a retrospective show at The New Elements Gallery in Wilmington entitled Good as Gold: 50 Years of Painting. In 2014 the Mahler Gallery in Raleigh featured Irwin’s work in an exhibition commemorating his work on the occasion of his retirement from painting for health reasons.