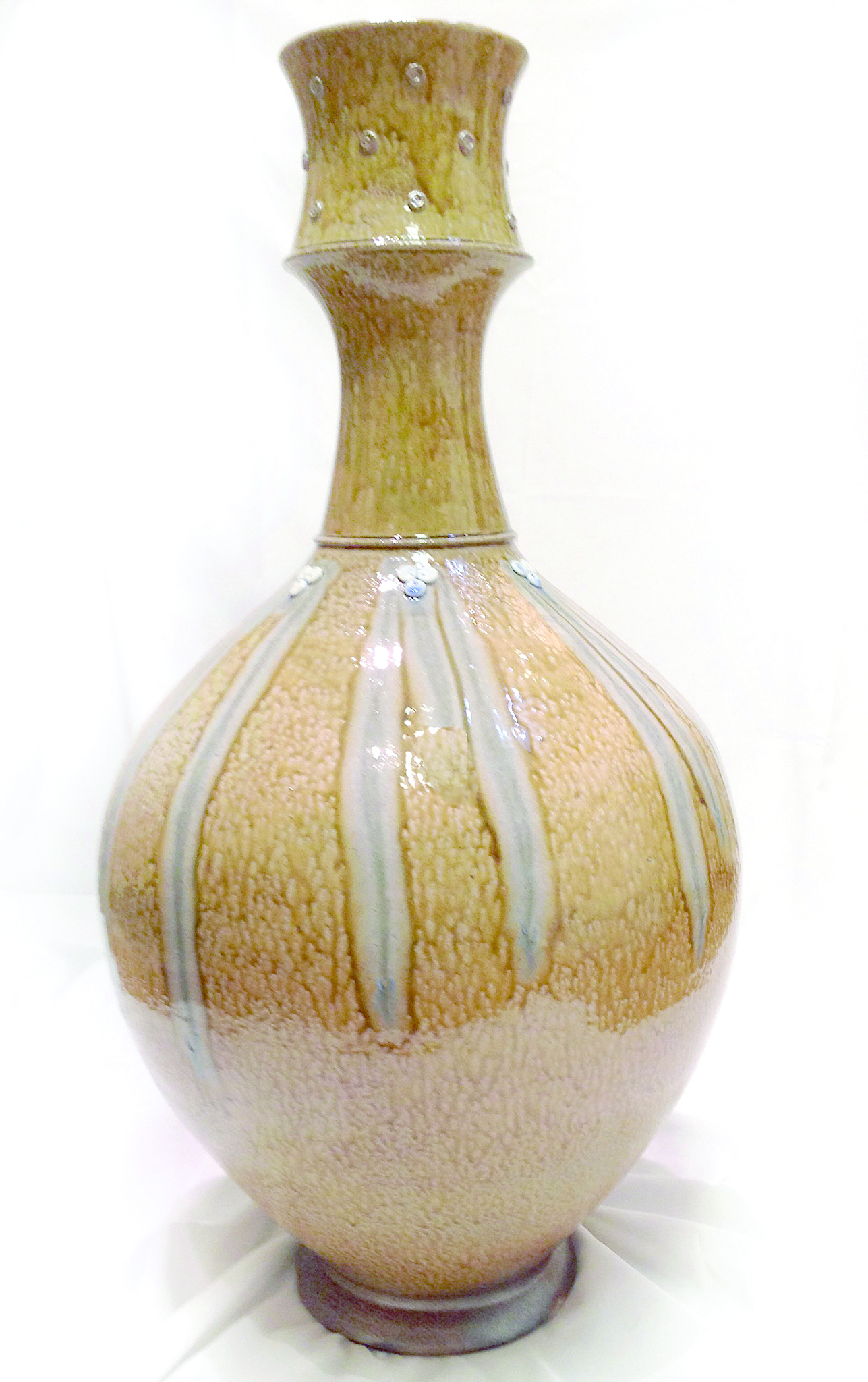 Mark Hewitt is the son and grandson of directors of Spode, the fine English china manufacturers. Choosing to be a studio potter rather than entering the family business, he struck out with his American wife Carol to Pittsboro, North Carolina, attracted by the rich ceramic traditions of North Carolina and the abundant local clay. He specializes in very large planters and jars, but also makes a complete line of functional ceramic toys and finely made smaller items intended for everyday use. He uses local clays and blends the different North Carolinian folk traditions together into a contemporary style that has attracted a sizeable following. Hewitt’s North Carolina influence may be seen in his use of alkaline glazes, the runs of glass, and the use of contrasting colors of clay. His English roots may be seen in his close control of the potter’s wheel, crisp lines, and the New Devon-style handles.

Hewitt’s work has been featured in Smithsonian magazine and on the cover of American Craft magazine, and he has written extensively in the ceramic press. Hewitt has exhibited in London, New York, and Tokyo, as well as throughout the US. He is well represented in museum and private collections. Hewitt co-curated the highly-regarded exhibition, The Potter’s Eye: Art and Tradition in North Carolina Pottery, at the North Carolina Museum of Art. He has exhibited at the Nasher Museum of Art at Duke University, and the Ogden Museum of Southern Art in New Orleans. He currently serves on the Board of Directors at the North Carolina Pottery Center in Seagrove, North Carolina.