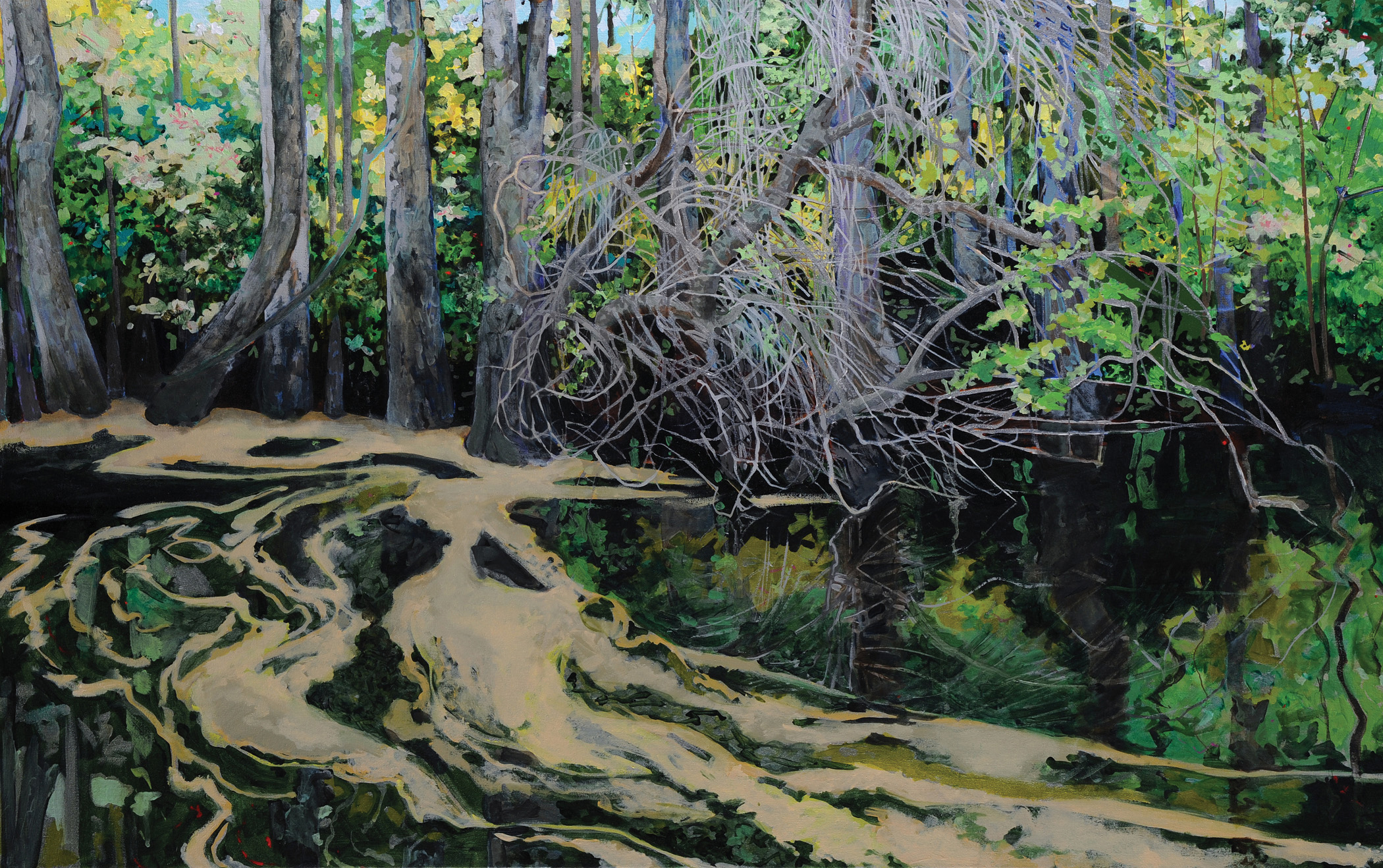 Pollen on the River
By: Elizabeth Bradford
Medium: Acrylic on canvas

Elizabeth Bradford studied art at Randolph Macon Woman’s College, the University of North Carolina at Chapel Hill, and Davidson College. She is a native North Carolinian, with deep roots in the rural community and ancestral farm in north Mecklenburg County, where she currently lives. As a descendant of generations of North Carolina farmers, Bradford reflects on her strong southern roots in her work. And though she doesn’t till the soil with a tractor, she nevertheless works the land with her eyes and brush. During much of her career, Bradford has worked to record the traditional look of the land prior to its urbanization. In recent years she has expanded her focus and painted the countries where she has traveled, exploring her own inner landscape through a series of archetypal self portraits. Though representational, her paintings also reflect the traditions of abstraction and the Pattern and Decoration movement.

Bradford has been included in the United States State Department’s Art in Embassies Program, and in 2006 she was the featured artist for North Carolina’s first statewide Women’s Conference. Her exhibitions include shows at the University of North Carolina at Charlotte and Davidson College, and her work is represented in corporate and private collections all over the United States.