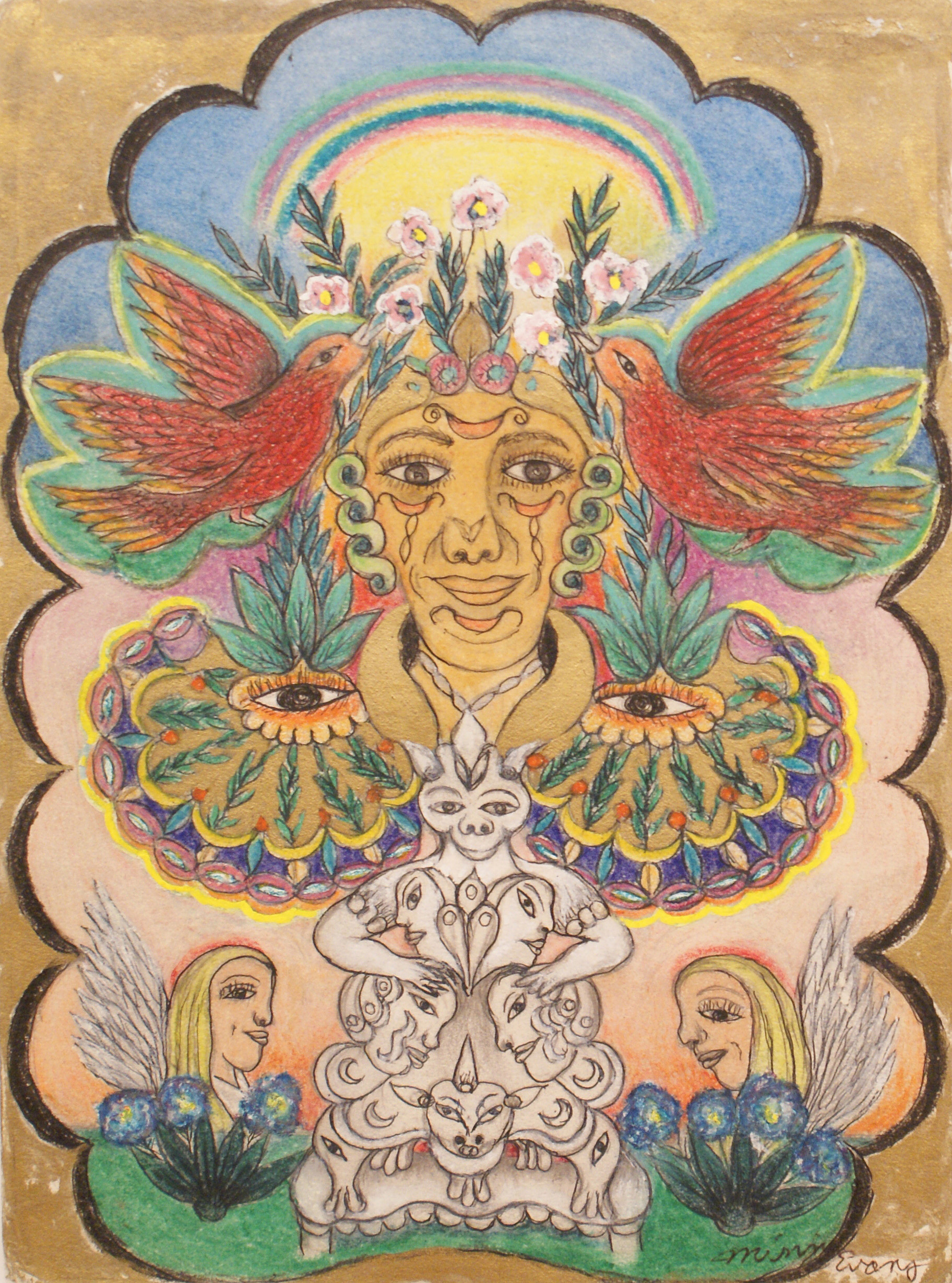 Minnie Evans is considered an “outsider artist,” the term used to describe self-taught or native artists. She is internationally recognized as one of the most important visionary folk artists of the 20th century, and her work is highly collected by museums and individuals. Her drawings are complex, with elements recalling the art of the Caribbean and her African roots, as well as Western themes.

Beginning as early as ten years of age, Evans worked as a “sounder,” selling shellfish house to house in Wilmington, NC. Later she worked as a domestic for the family that owned Airlie Estate. At the age of 43 she felt that she had been called to draw her vivid dreams and visions. When Airlie was sold in 1947, Evans was assigned to be the gatekeeper and take admission charges from visitors, a position she held for the rest of her life. She began selling her art by hanging it on the front gate of the gardens, and soon visitors began to come to Airlie just to see Evans’s work, which creates a world of increasingly complex floral patterns, vivid color, and nearly perfect symmetry that evolved into a spiritual journey. Evans’ first works were done on scraps of paper bag and US Coast Guard stationery. But as her work progressed, she began using more traditional paper and incorporated ink, graphite, wax, crayon, oil, and even collage into her developing work.