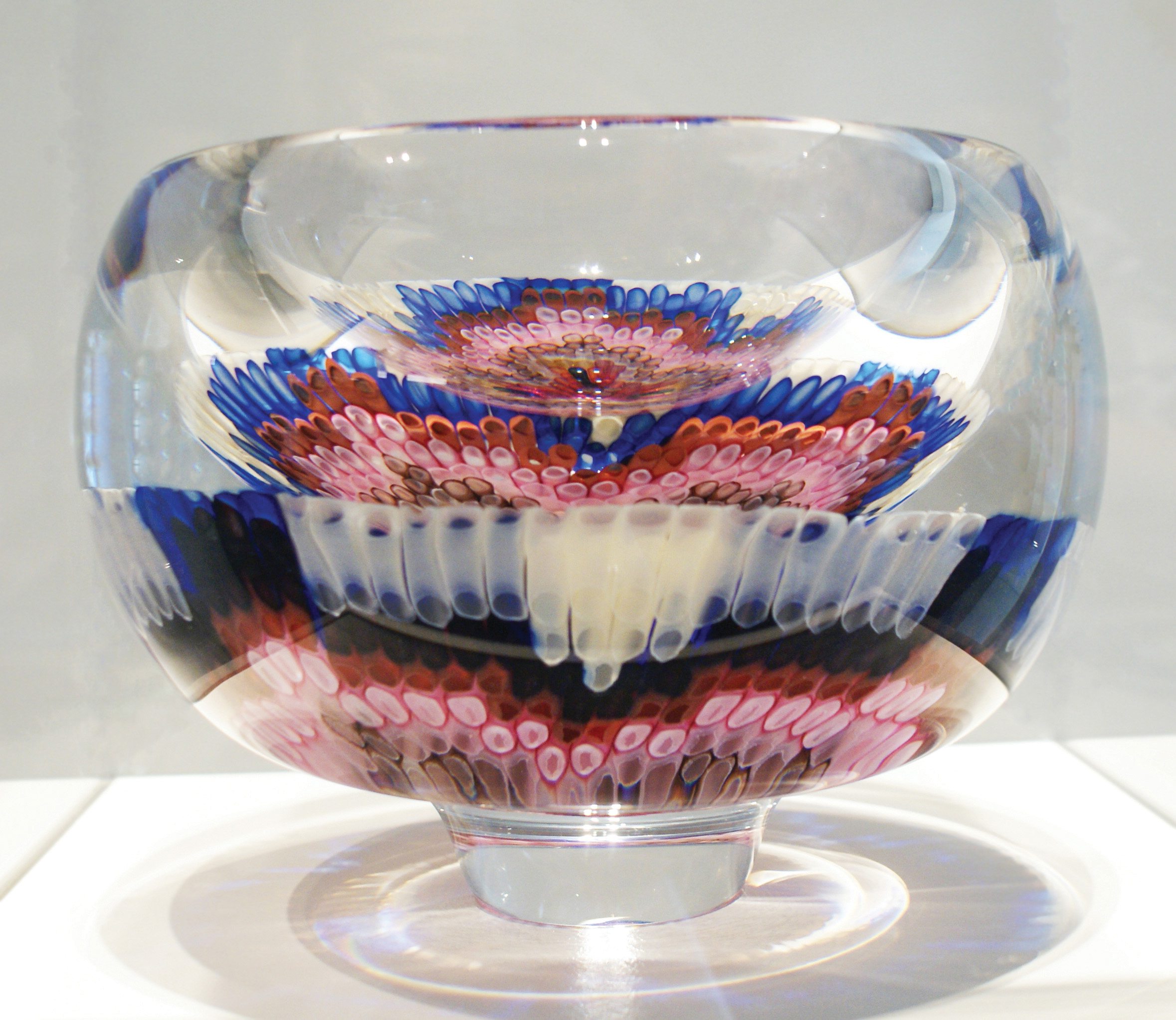 Much of Gary’s work has been heavily influenced by ancient glass, both in form and in technique. The ancients treated glass as a plastic gem material, a substance that could be colored, stretched, melted, and carved by the maker. Gary has experimented with countless ways of manipulating glass involving blowing, fusing, and cutting. Over his 34 year career, he has become well known for heavy, thick-walled vessels. For the imagery in these pieces, he first makes up a wide palette of colored overlay rods. Some pieces contain textile patterns that are then introduced into the crystal glass piece as it is being blown, creating the illusion of glass “fabric” floating in the bowl of the vessel, often with a second or third pattern appearing on one of the vessel’s reflecting surfaces. Others, incorporating complex millifiori, are formed into mosaics of brilliant color. The imagery of these pieces has been suggested by influences as divergent as astronomical forms, undersea creatures, and figures from a Persian rug.