A. Todd Brown of Charlotte Nominated as Vice-President 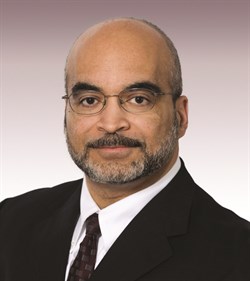 Charlotte Attorney A. Todd Brown has been selected by the State Bar's Nominating Committee to stand for election to the office of vice-president of the North Carolina State Bar. The election will take place in October at the State Bar's annual meeting. At that time, Salisbury Attorney Darrin D. Jordan will assume the office of president, and Smithfield Attorney Marcia H. Armstrong will also stand for election to president-elect.

Brown has been a member of the North Carolina State Bar Council since 2013, during which time he has served as chair of the Administrative Committee, and has been vice-chair and chair of the Grievance Committee.

Brown is a former president of the North Carolina Association of Defense Attorneys. He has also served as president of the Mecklenburg County Bar, was a member of its Board of Directors, and was co-chair of its Committee on Diversity.

View All Forms
Member Login
Internet Explorer browser may cause this page to be inoperable. If you encounter issues in Internet Explorer, please use a different browser. If you continue to have problems, please use the link below to contact NCSB Support.