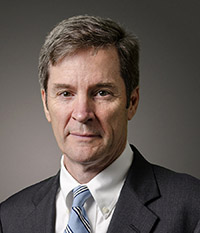 Raleigh attorney C. Colon Willoughby has been sworn in as president of the North Carolina State Bar. He was sworn in by Chief Justice Cheri Beasley at the State Bar’s Annual Dinner on Thursday, October 24, 2019.

Willoughby earned an undergraduate degree in business administration from the University of North Carolina at Chapel Hill, and an MBA from East Carolina University. In 1979 he graduated from Campbell University’s Norman Adrian Wiggins School of Law.

Willoughby is a partner with the Raleigh firm McGuireWoods, where he focuses his practice on government, regulation, and criminal investigations. Prior to joining McGuireWoods, he worked as a mortgage banker, as a member of the faculty at Peace College, as a private practitioner, and served as the elected district attorney in Wake County for 27 years.

His other professional activities have included serving as president of the Wake County Academy of Trial Lawyers, director of the Wake County Bar Association, president of North Carolina Conference of District Attorneys, and a member of the Board of Directors of the National District Attorney’s Association. He is also a fellow in the American College of Trial Lawyers.

Christy Sworn In as President-Elect

Greensboro attorney Barbara R. Christy has been sworn in as president-elect of the North Carolina State Bar. She was sworn in by Chief Justice Cheri Beasley at the State Bar’s Annual Dinner on Thursday, October 24, 2019. 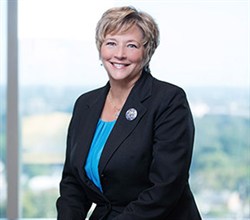 A member of Schell Bray, her practice focuses on commercial real estate transactions.

Christy’s professional activities include volunteering with Legal Aid of North Carolina’s Lawyer on the Line initiative. She is also a North Carolina State Bar board certified specialist in real property law—business, commercial, and industrial transactions, a fellow with the American College of Real Estate Lawyers, and a member of the Piedmont Triad Commercial Real Estate Women. Additionally, Christy is involved with her community, serving on the Board of Directors for Southern Alamance Family Empowerment, Inc., and is a past member of the UNC Law Foundation, Inc. Board of Directors.

Christy and her family live on a small farm in the Snow Camp community where they raise beef cattle, honey bees, and fruit trees. She is a member of Saxapahaw United Methodist Church where she has been the long-time church pianist. 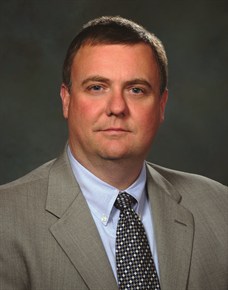 Salisbury Attorney Darrin D. Jordan has been sworn in as vice-president of the North Carolina State Bar. He was sworn in by Chief Justice Cheri Beasley at the State Bar’s Annual Dinner on Thursday, October 24, 2019.

Jordan earned his BA from Catawba College in political science and accounting in 1987, and his JD from Campbell University School of Law in 1990.

A partner of Whitley Jordan & Inge, PA, he has been a board certified specialist in criminal law since 2004.  He maintains a State and Federal criminal law practice in Salisbury and he has been admitted to the Federal District Courts in both the Middle and Western Districts.

Jordan was a member of the North Carolina State Bar Council from 2010 – 2018, during which time he served as chair of the Ethics and Communications Committees as well as the Lawyers Assistance Program Board.

Jordan currently serves as a commissioner on the NC Indigent Defense Services Commission, a position he has held since 2014 and was recently named Chair of that Commission.  In 2012, he was presented with the Professor John Rubin Award for Extraordinary Contributions to Defense Training Programs, which is awarded each year by the Indigent Defense Services Commission in honor of its namesake at the UNC School of Government.  He has coordinated annual continuing legal education programs in Rowan County for the last 12 years in the areas of criminal law and family law.

He is a member of the North Carolina Advocates for Justice, where he currently serves on the Board of Governors, and was a Commissioner of Chief Justice Mark Martin’s Commission on the Administration of Law and Justice where he served on the Criminal Adjudication and Investigation Committee.

In addition to his numerous professional activities, Jordan formerly served on the Board of Directors for Elizabeth Hanford Dole Red Cross and the Rowan Helping Ministries. For six years he was the Cub Master of Cub Pack 254 of Bethpage United Methodist Church in Kannapolis. In 2011, he received the District Award of Merit for service to the Kannapolis District, Central North Carolina District of the  Boy Scouts of America.

He is a member of Fulton #99 Masonic Lodge in Salisbury and he attends Harvest Community Church in Kannapolis.  He resides in Kannapolis with his wife and two children, who both attend college, and he enjoys fly fishing, raising a vegetable garden and raising honey bees.

View All Forms
Invoice Alert
If you experience problems seeing or printing the invoice, please right click on any portion of the invoice window you can see and select print.


Need Help?
Send Us A Message

See our staff directory for contact information, or send an email to the North Carolina State Bar by filling out the fields below.